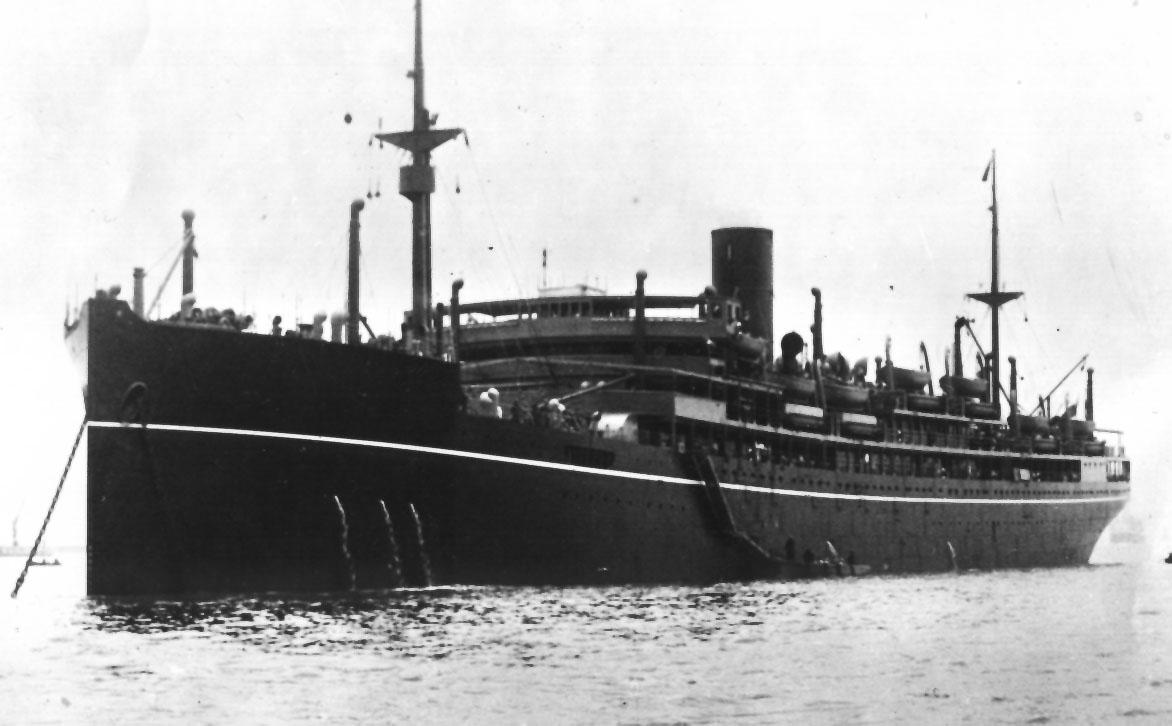 Peninsular & Oriental Steam Navigation Co., reg.Belfast. Operating the branch route via the Cape. 1929: Fitted with exhaust turbines and oil fuel. 1926 Mar.: Rescued the crew of the Paparoa, destroyed by fire. 1926: Quarantined at Adelaide with 1,200 passengers. 1930 Mar.9: Australian route via Suez. 1935 Sold to British shipbreakers & broken up at Bo' ness, Firth of Forth.

Hello, I act as chairman of

Alan Murdie (not verified) on Mon, 2020-06-01 22:15
Hello, I act as chairman of the Ghost Club in the UK. I am currently writing a piece on 'Phantom Ships' for the Ghost Club's Newsletter. I came across a story of the a sighting of a phantom ship seen from the Barrabool in 1925 from Sir Ernest Bennett's 'Apparitions and Haunted Houses' (1939) pp 368-70 received after an appeal on the BBC for ghost sightings. It came from a Mr N.K. Stone, Assistant Bursar at Stowe School, who wrote: “In 1925 I was 4th Officer on board the P&O. SS Barrabool bound from Australia to London. On the 26th January 1925 we left Capetown (I forget the time of departure); my watch on the bridge commenced at midnight; I was assisting the 2nd Officer, Mr C.C.W., on his watch. About 0.15 a.m. we noticed a strange ‘light’ on the port bow; I may add here that it was a very dark night, overcast, with no moon. We looked at this through binoculars and the ship’s telescope, and made out what appeared to be the hull of a sailing ship, luminous with two distinct masts carrying bare yards, also luminous; no sails were visible, but there was a luminous haze between the masts. There were no navigation lights, and she appeared to be coming closer to us and at the same speed as ourselves. When first sighted she was about two or three miles away, and when within about half a mile of us she suddenly disappeared. "There were four witnesses to this spectacle, the 2nd Officer, a cadet, the helmsman and myself. I shall never forget the 2nd officer’s startled expression – ‘My God, Stone, it’s a ghost ship’. I drew a sketch of this strange ship afterwards, and the 2nd officer agreed with the details. I still hold this sketch, and would have enclosed it herewith, but I am afraid of losing it. Should you care to see it, I will post it to you. Many people who have seen it wonder if she was the Flying Dutchman we saw that night.”(Letter, dated 10 March 1934) Testimony was received by Sir Ernest Bennett from the 2nd Officer referred to by Mr Stone. “The experience related by Mr Stone is perfectly true….My impressions are as follows, and differ in one or two minor respects….On the night in question, on turning out for my 12 to 4 a.m. watch, I distinctly saw the silvery appearance of a full-ripped sailing ship. Stone and I both levelled our glasses, and were astonished to note no sails were set, or in other words the yards were bare. The only conclusion was that the vessel was derelict, and abandoned, when to our increased amazement she simply vanished. I wondered at the time if some form of mirage could be responsible for the phenomenon. Both Stone and I mentioned it to the Chief Officer, and Mr Stone drew a pen and ink sketch from memory, of what he called the ‘ghost ship’. (This account was published in Bennett’s collection Apparitions and Haunted Houses (1939) issued by Faber & Faber Ltd, London).