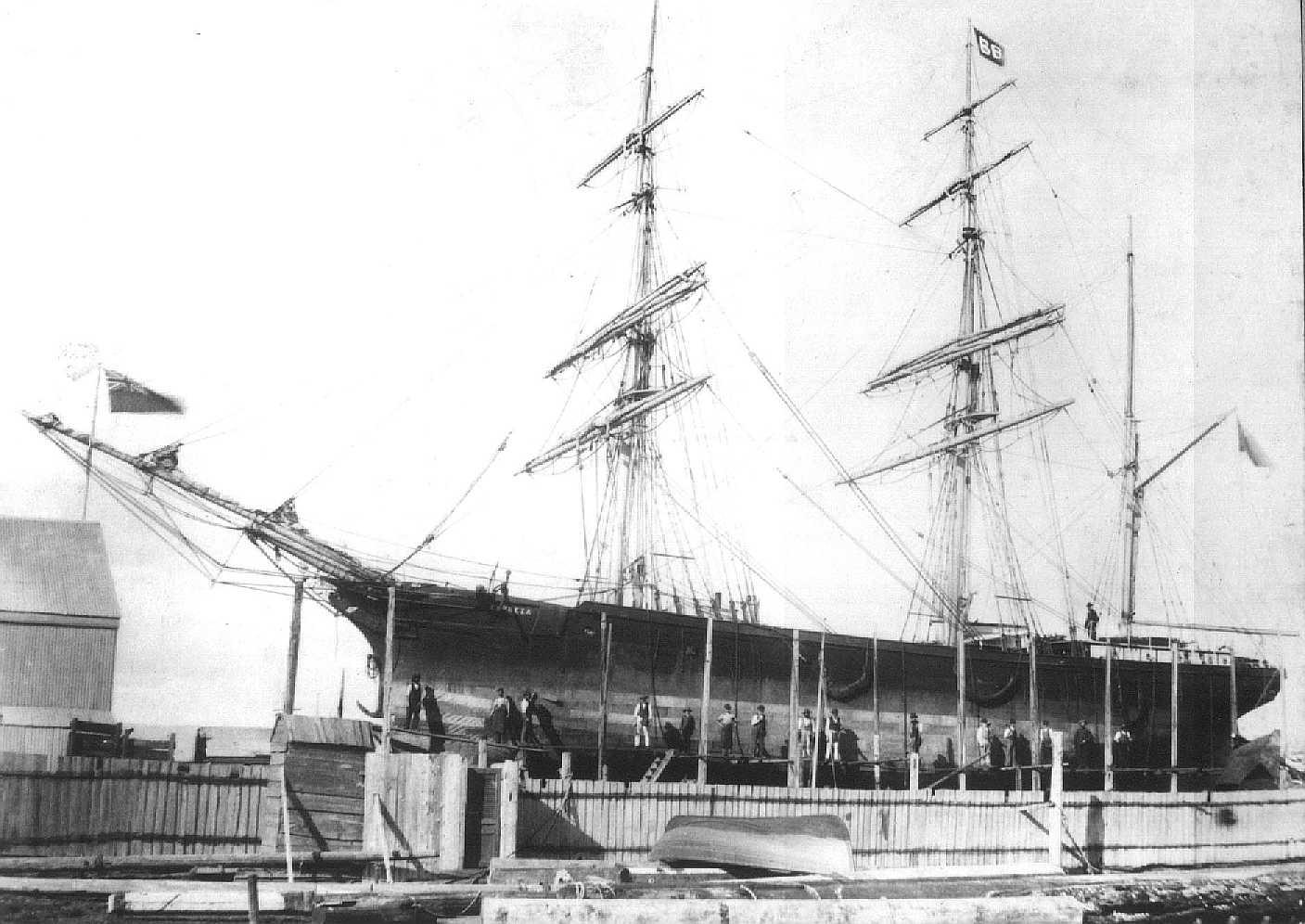 Built for Singlehurst & Co. Later: J.Bickers & D.Bower, reg. Port Adelaide. Specifically built for carrying locomotives (Assembled) from Scotland to the American States, their first locomotives, she was nearly flat on the bottom, and had an extra large hatchway, made much leeway when sailing but was very fast. Capt. W Lee came out in her (father of Capt. Walter Lee). 1948 June 24: Scuttled off Taiora Heads, N.Z.