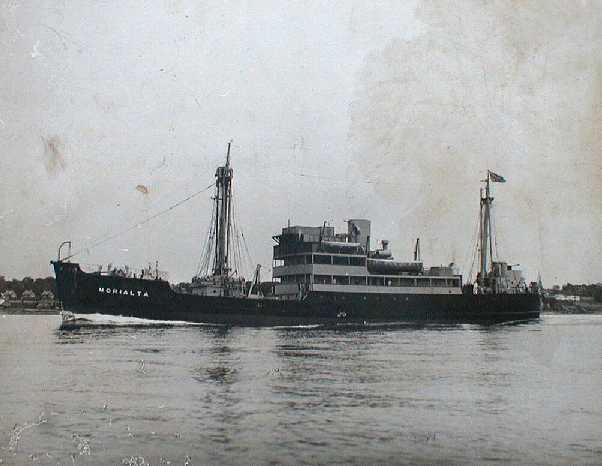 Taken up by the British Admiralty in WWII, Adelaide Steamship Co., reg. Port Adelaide. Built for the Spencer Gulf trade. 1957 Sept.: Sold and renamed by John Burke Ltd., Brisbane. 1964 Dec.: Sold and renamed. 1973 Dec.23: Struck a mine near Vung Tau while on a voyage from Phnom Penh to Singapore, capsized and sunk.