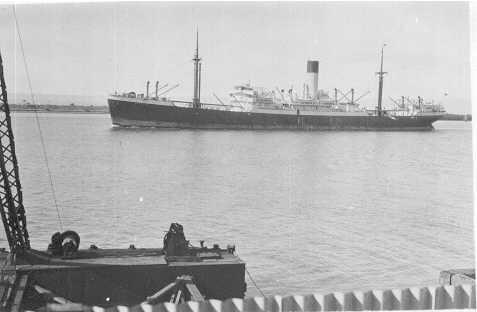 Ocean Steamship Co.Ltd.(A.Holt & Co.mgr), reg. Liverpool. 1942 May: Attacked by a Japanese seaplane off Madras. 1942 June: Attacked by 3 Japanese submarines 90 miles south of Sydney. The ship was hit by two shells. Depth charges were dropped over the stern, damaging one of the subs and the chase was broken off. 1946: Reconditioned at Rotterdam. 1954 Mar: Her cargo of sisal caught fire at Walsh Bay, Sydney. Burned for two days. 1963 Aug.11: Arrived at Mihara, Japan, to be broken up.