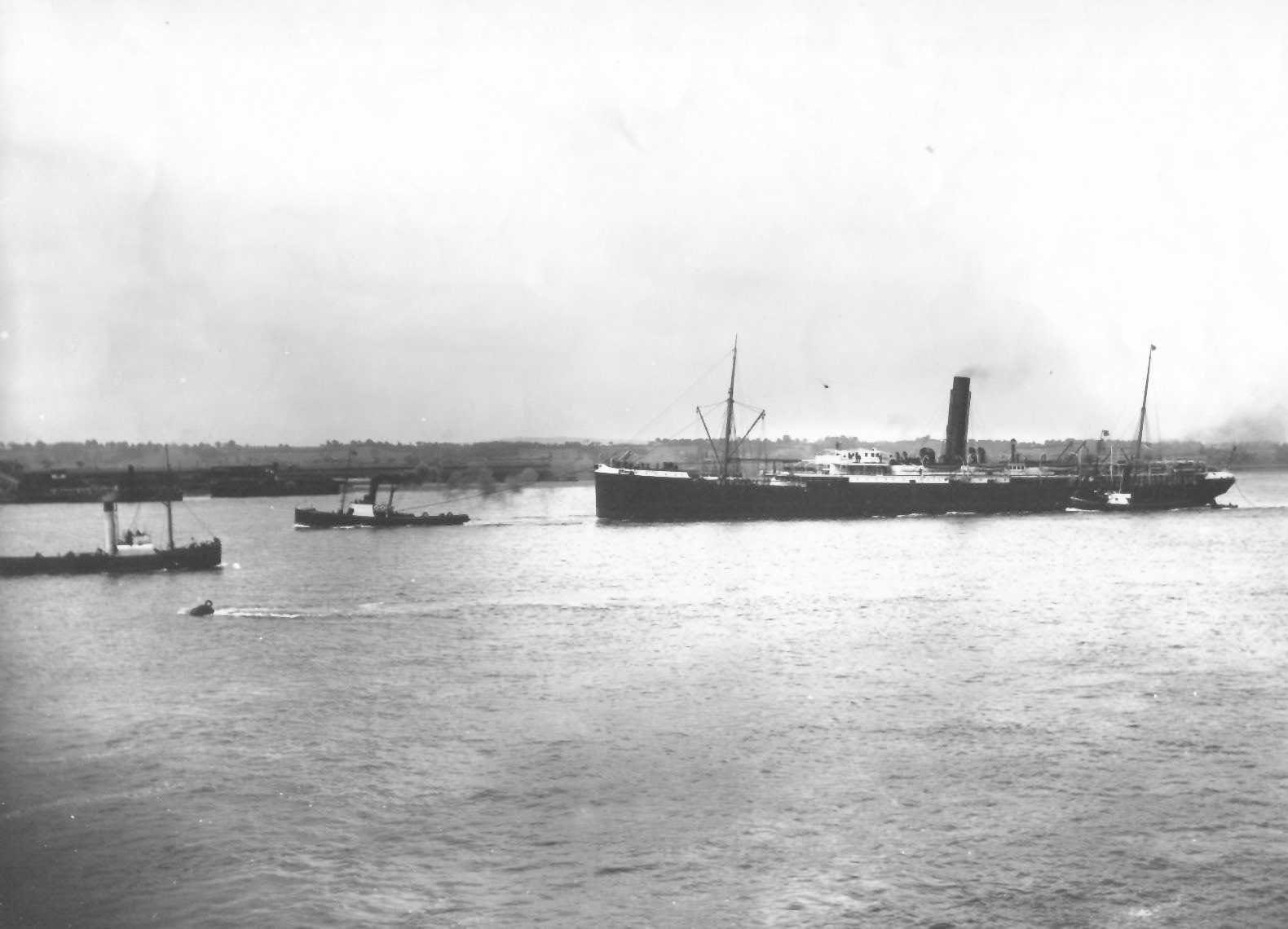 Orient Steam Navigation Co.Ltd., reg. Glasgow. First steamer designed for the Australian Service for mail, and was also the first to fulfill the Admiralty requirements for an auxilliary merchant cruiser in war. 1884: Electric light installed. 1898 Triple expansion engine fitted. 1900: Troopship in the Boer War. 1903: Returned to the Australian run. 1909 July: Final voyage to Australia. 1910: Sold to Italian shipbreakers & renamed for the passage to Italy.

Andrew McCarthy (not verified) on Sun, 2018-05-27 10:42
I would like to make contact with someone regarding a bed (cot) I have come across and I can send photos.. I think that the iron cot comes from the orient ship in 1910. If you can give me some more information on these I would appreciate it. Regards, Andrew

I have found an incredibly

Jenny Abel (not verified) on Thu, 2019-01-31 00:44
I have found an incredibly interesting book which details the journey one passenger made on the S.S Orient from London to Australia in 1883. It includes newspaper cuttings from his diary taking the reader along with him on his voyage. I thought this book may be of interest to you so wanted to provide you to the link of listing on Ebay selling the item. I would be very happy to discuss an offer for the book as I'd love it to go to someone who understand the importance of this album . Any questions please do ask. Jenny. Link to the ebay listing - https://www.ebay.co.uk/itm/143109713284

I am trying to find the

Paul Woodford (not verified) on Thu, 2019-08-22 16:58
I am trying to find the passenger list for the voyage by the ss Orient that left Melbourne on the 15th of February 1901. This ship was carrying 250 men as indulgence passengers to the Boer War where they joined the 1st or 2nd Scottish Horse. Any help I can get would be greatly appreciated. , .

Cathy Monnington (not verified) on Sat, 2020-04-25 14:17
My Great Great Grandfather John Henry Hebner (Harry) was a crew member on the SS Orient in 1882. Harry was born in Holland and was a seaman, this was his 4th voyage that I know of to Australia. City of Montreal 1864, Amana 1877, Amana 1880 and Orient 1882. Harry died of consumption (TB) on board the Orient and was buried at sea 13th July 1882, he was married to Elizabeth Gilmour of Cromarty in Scotland they had 5 children; James Henry (Harry) John Mckay, (my great grandfather) Mary, Georgina and Peter. If anyone has any information or photos I would be very grateful.

Tim Green (not verified) on Tue, 2020-08-25 17:29
My great grandfather Charles Henry Green was a passenger on SS ORIENT, London to Melbourne via Adelaide arriving 8 August 1885. Keen to know more of voyage, through diaries and photographs

Griff Morris (not verified) on Sat, 2021-03-13 01:12
Believe my gran's brother, William Henry Jones sailed 9th July 1883 on S S Orient from London to Australia. I gather that he was killed in a mineshaft accident some time after arriving there. Would appreciate any information about his time in Australia.

I am researching the voyage

SANDRA DAVIS (not verified) on Thu, 2021-03-18 18:52
I am researching the voyage made on the SS Orient in 1886-7 by EMMA ELISABETH SCHMIDT from RASTATT in Germany. I believe she embarked in London and arrived in Sydney on 9th August, 1887. I am seeking confirmation that Emma was indeed a passenger, third class, described as "servant". This information is needed for a 50th Year commemorative book for the REDLAND MUSEUM in CLEVELAND, Queensland. Any assistance would be greatly appreciated.