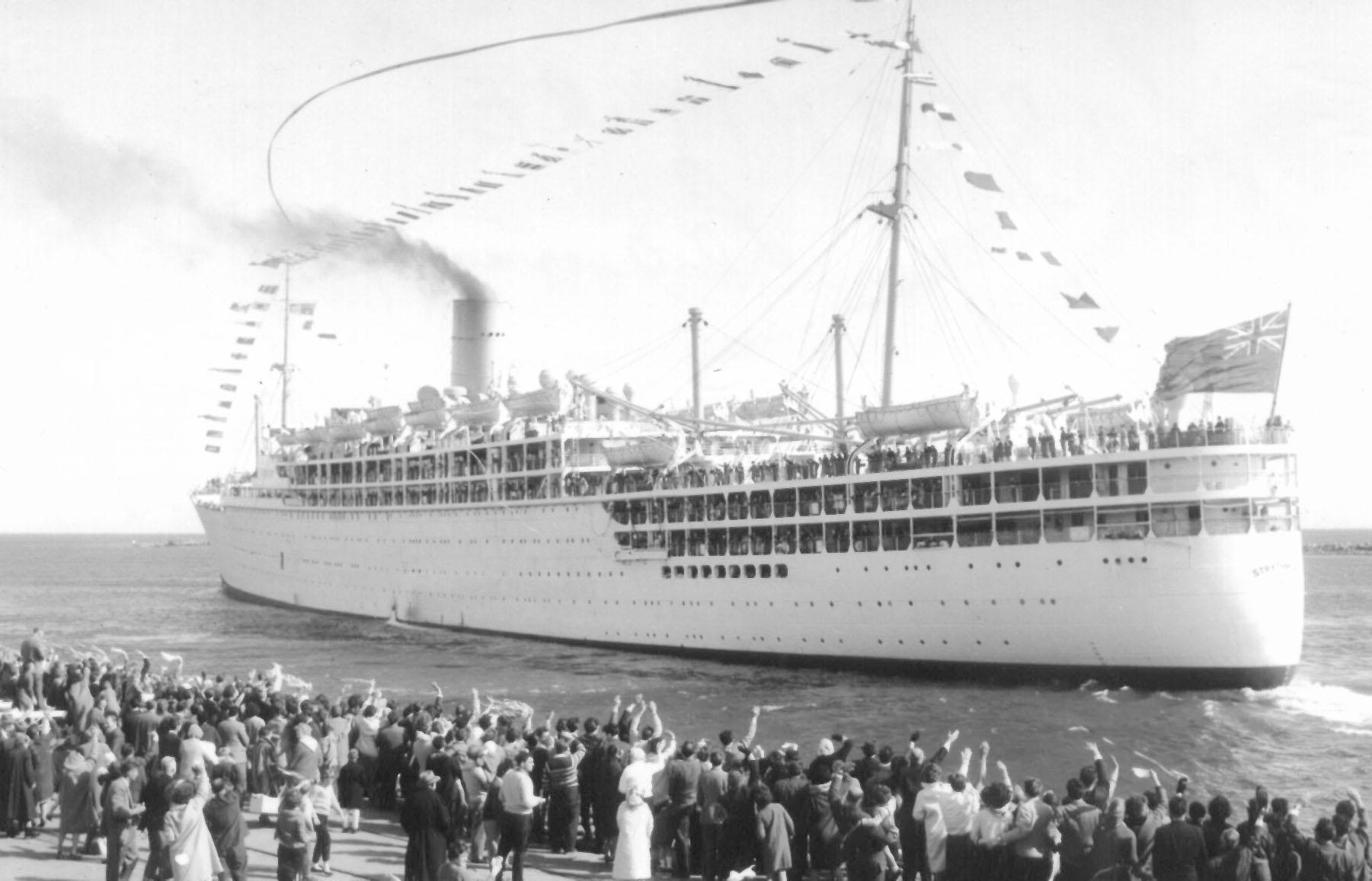 Carl HILL (not verified) on Sun, 2018-10-14 19:03
Description By Robert T Hill of his departure on 24/4/55. Today we went down to the boat in the afternoon and put our baggage on board. We only had two bags each. Our cabin is 551/2 on H Deck. It is the deck above the Bilge-Water. The two berth cabin is on the outside with a port hole one cannot open. Quite private though. It is situated in Tourist class about three quarters aft on the port side. Our Cabin Stewards are all black. We could not get dinner on board so Norrisette, Evelyn, Peter and myself went up to a Chinese Café back in the city, quite a good meal of fried rice. Got back to the ship and met Mum and Dad again with the time of departure drawing close. There were hundreds on the ship but when the last visitor left I wondered if there were any people bar us who got on in Sydney. Any way the farewell was really something with a slight breeze to annoy the streamer throwers, streamers were in the thousands with coloured lights on them to bring out the gay colours again, it was really beautiful. When the ship was about to depart I remained with only two streamers, one to Mum, and a red one to Dad. Mums held for quite a long time. The ship also put on quite a good turn with the siren sounding quite often. What a beautiful sight that Sydney Harbour is with Luna Park on our port in full swing. Of course the Bridge looked as though it was going to take our mast. After we cleared the Heads the Pilot left our ship and we got under way for Melbourne.