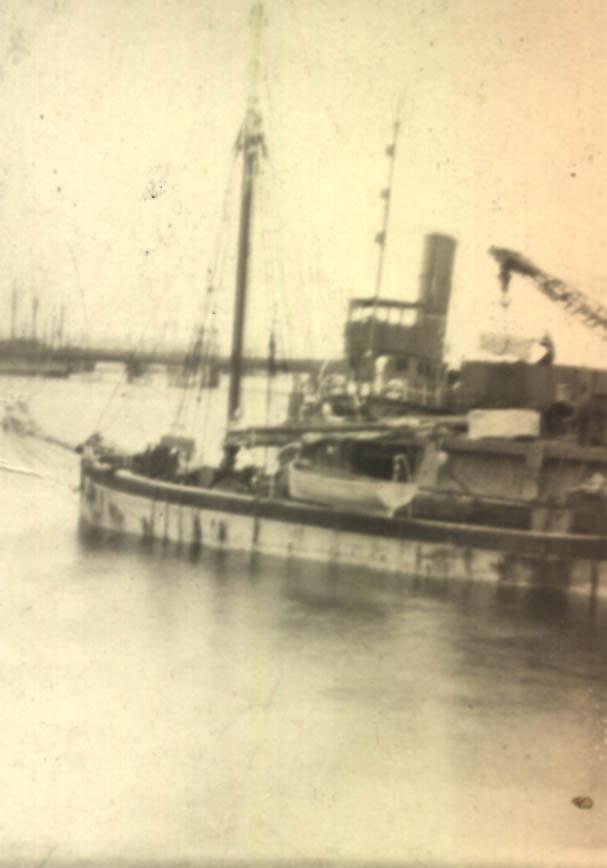 W.S.& R.E.Murch, reg. Port Adelaide. 1933: Converted into a Ketch 76.7 x 18.7 x 6.5, 61g 42n, and aux., engine fitted 50 bhp. 1938-1940: Used to transport Granite blocks used to finish Adelaide's Parliament House. Granite Blocks were loaded at West Island, Encounter Bay and unloaded at Port Adelaude onto rail trucks at or near Mundy St Wharf. She was ideal for this job as she was originally built as a barge to carry granite in the construction of a breakwater near Victor Harbor. Later she was used by the Government in the construction of the breakwater at Outer Harbour. 1954 Apr.24: Wrecked at Outer Harbour, St.Vincent Gulf following a collision with the tug Falcon that was towing a barge from Stansbury. No lives were lost and the Falcon was not damaged.