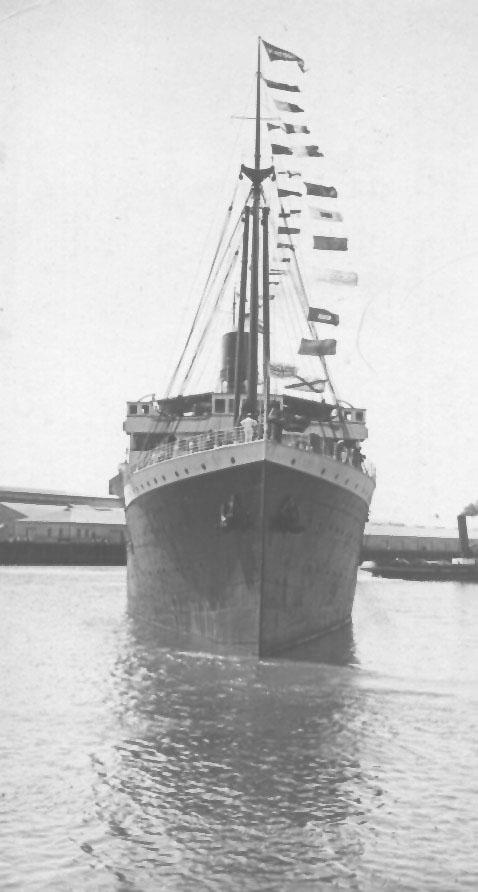 McIlwraith, McEacharn's Line Pty.Ltd., reg. Melbourne. 1915 May: Requisitioned as a troopship & converted to a hospital ship three months later. 1915 Nov.: Rescued survivors from the "Highland Warrior" aground on the Spanish coast near Cape Ortegal. 1919 June: Returned to passenger service. 1936 May: Laid up at Sydney. 1937: Broken up in Shanghai.